remaining U.S. dates on its In The Present Tour because founding YES member Chris Squire is recovering from surgery.
Squire had a leg operation Feb. 11. Although the surgery was successful and the musician is on his way to a full recovery, Squire has been advised by his physician that he needs a one-month rest period, hence the reason for the cancellation of the rest of the tour dates, the group said.
"It is regrettable that the band was forced to cancel their remaining shows on this current tour, including the performance scheduled for Tuesday, March 3 at Table Mountain Casino," John Mayewski, president and chief executive officer of California's Table Mountain Casino said in a statement. "All of the guests and employees of Table Mountain Casino wish Chris a speedy, complete recovery, and hope that YES is able to resume their tour in the very near future."
http://yesworld.com
Posted by GlobalProgressive Rock Network at 12:30 AM No comments: 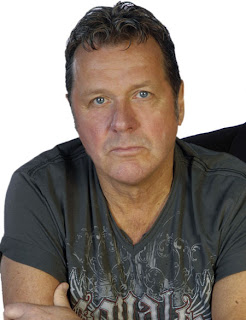 PHILADELPHIA – John Wetton of Asia and newly minted GRAMMY® Award winner Napoleon Murphy Brock of the Frank Zappa band are once again pledging their allegiance to the Paul Green School of Rock All-Stars as “Guest Professors” on a pair of late winter U.S. tours.

Seizing the heat of the moment, Wetton and Brock will kick off the “Guest Professor Series 2009” by helping to take the Paul Green School of Rock into its second decade revolutionizing music education across the nation. The School of Rock All-Stars are comprised of the best and brightest students from 45 schools around the country, an incredibly long distance since Paul Green founded the first school in his Philadelphia garage in 1998.

Since his last tour with the All-Stars in 2006, Wetton has reformed Asia and toured the world several times with the reunited progressive rock supergroup. The former King Crimson and U.K. bassist-vocalist is finding time between overseas winter tours with Asia and Icon (featuring Asia’s Geoff Downes) to lead the School of Rock All-Stars in the music of Asia, King Crimson and U.K. on a weeklong Northeast tour launching Tuesday, March 3 in Downingtown, PA.

Brock launches the “Guest Professor Series 2009” at the conclusion of a week in which he won the Best Rock Instrumental Performance GRAMMY Award with Zappa Plays Zappa for Peaches En Regalia (edging out David Gilmour, Metallica, Nine Inch Nails and Rush.). The sax-playing vocalist’s latest stint with the All-Stars begins Saturday, Feb. 14, hosting a seminar at the School of Rock’s Philadelphia headquarters, followed by a week of all-Zappa shows at clubs throughout the Northeast.

Over the past decade, Green’s dream has become a national phenomenon — a vision that has since produced an explosion of schools nationwide and a number of future rock stars, many of whom have traveled quite far along the trail he blazed when he took music instruction out of the classroom and onto the live rock stage by founding the original and premier performance-based rock music school in the country for kids 8-17 in 1998.

“Even after all this time, all our expansion, and everything we have achieved,” says Green, “the best way to teach kids to play music remains the same: load a bunch of them on a bus and take them out on the road to PLAY music."

The Paul Green School of Rock is well on its way to producing the next generation of rock stars. Among its alumni, drummer Eric Slick became a sought after touring drummer immediately upon graduation, playing shows with Zappa Alumni band Project/Object, Steve Vai bandleader Mike Keneally, and various WEEN side projects. Together with his bassist sister, Julie Slick, they currently tour with guitar legend Adrian Belew (David Bowie, King Crimson) as the Adrian Belew Power Trio. Drummer Branden King, is not only Philly legend Chuck Treece’s go-to drummer, but also played with three bands at last year’s SXSW, and has done two tours of Europe with various projects. Slide guitar phenom Sarah Zimmerman recently signed a management deal with Tor Hyams (Joan Osborne, Perry Farrell, Deborah Harry) and is working with top writers and producers on her debut album. ShredmasterCJ Tywoniak, star of Rock School, is being courted by record labels eager to release his debut EP. He recently sat in with Steve Miller, and dazzled all of those in attendence. Many former School of Rock students also are attending top music colleges such as Berklee and the University of Miami, as well as working their own bands with dreams of stardom.

“I put these shows together with real music fans in mind,” says Green. “Any true rock fan who comes to our show will be delighted by the deep cuts these kids take on, the difficult material they tackle, and the love and enthusiasm they bring to the stage."

www.schoolofrock.com
Posted by GlobalProgressive Rock Network at 11:41 PM No comments:

DREAM THEATER is wrapping up work on its tenth studio album, due early summer via Roadrunner Records. The band commenced work on the as-yet untitled CD last October. Drummer Mike Portnoy and guitarist John Petrucci are once again producing the LP, while engineer Paul Northfield will mix the record.

Portnoy previously stated about the upcoming CD, "Imagine a DREAM THEATER album with 'A Change Of Seasons', 'Octavarium', 'Learning To Live', 'Pull Me Under' and 'The Glass Prison'... all on one album... COULD YOU HANDLE IT?? Excited? I sure am!!!!"

DREAM THEATER's "Chaos In Motion 2007/2008" double DVD set sold just under 9,000 copies in the United States in its first week of release to debut at position No. 2 on the Top Music Videos chart.
Posted by GlobalProgressive Rock Network at 12:42 AM No comments:

The partnership includes an exclusive merchandising agreement to
create, manufacture, distribute and sell authentic branded Syn
merchandise. The jointly-designed product line will be available for
sale at all of The Syn's live performances, as well as through UME's
own global distribution network. In addition, Peace Frogs will offer
its own signature `Environmental by Nature' merchandise at all of The
Syn shows during this tour.

One eagerly awaited highlight of the Big Sky tour will be two full
evenings of fund raising performances by The Syn—all proceeds to be
donated to music, education and the arts. These performances will be
held in the Peninsula/Middle Peninsula area of Hampton Roads,
Virginia, very near to Peace Frogs' national headquarters in Gloucester.

Catesby Jones, Peace Frogs' Founder and CEO states that, "We are the
original green. When a product has the Peace Frogs logo associated
with it, a customer knows that they are doing their part to spread a
sustainable philosophy. Part of that green lifestyle is a positive
attitude. Over 3 million people a year visit our website looking for
that Peace Frogs state-of-mind and they will now be able to find The
Syn there too."

Steve Nardelli, Umbrello Music Entertainment's Founder & CEO, and the
lyricist/lead singer for The Syn continues "The association of
Umbrello with Peace Frogs is a natural. We have the music and they
have the visual iconography which complements what we do extremely
well on many different levels. Look for the release of our new CD 'Big
Sky' to feature unparalleled music aligned with some of the most
creative tour memorabilia that this new century has yet to see."

The Syn Big Sky Tour 2009 dates to be announced soon.

Posted by GlobalProgressive Rock Network at 12:38 AM No comments: