Steve and John Hackett will have cameos on "JL", the forthcoming album of the band Algebra. The soon to be released recording is a concept album dedicated to the book "Jonathan Livingston Seagull". While the lyrics of "JL" are in Italian, all of the liner notes will be in English.
The album features 20 new songs lasting nearly one hour and will come as a deluxe digipack. Fans of Italian prog rock will notice a few legendary Italian vocalists: Aldo Tagliapietra of Le Orme and Lino Vairetti of Osanna. Graziano Romani, who sang "Looking For Someone" on the first ever Genesis tribute album "The River Of Constant Change", also does the lead vocals on a track as well.
More info here: http://www.dusk.it/algebra/news_uk.html
You can find the track listing and an Algebra bio in English at: www.dusk.it

Posted by GlobalProgressive Rock Network at 2:46 PM No comments: 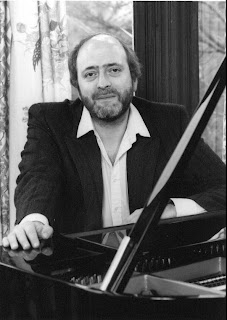 Never a conventional band, the APP was designed to make records in the way that Kubrick or Hitchcock made films, with production values rather than star names always paramount. Woolfson and Alan Parsons himself were the permanent core partnership, with countless guest musicians coming and going during recording sessions – the APP never played live.
The multi-talented Woolfson was lead singer, songwriter and lyricist, executive producer and pianist, but – with a modesty not often found in the industry – was adamant the band should not bear his name.
It was therefore named after its co-founder who, as a recording engineer with experience of working with the Beatles and Pink Floyd, took more of a backroom role on the mixing desk. Tracks from their albums became hits in their own right, including Time and Eye in the Sky.
The pair sometimes disagreed about what material to record, and eventually split up in 1990 when Woolfson moved into writing for the musical stage. His debut production Freudiana was a hit, but plans to tour the show became mired in a lawsuit between Woolfson and the producer Brian Brolly, who had helped him develop the project. Woolfson lost.
The show, inspired by the works of Sigmund Freud, which his wife, Hazel, had been studying for a psychology course, showed off Woolfson's ability to absorb the most complex of ideas or melodies and convert them into something comprehensible and popular. Remarkably, he made his mark as a composer without ever being able to write music.
In the 1980s Woolfson was a leading supporter of the Social Democratic Party. His first offer of assistance was made in a letter from his solicitor to Shirley Williams, stating an unnamed client would like to offer financial support if this would be useful; it was welcomed and he became one of the party's trustees.
Through his support for the SDP, Woolfson became a personal friend of Dr David Owen and his wife, and when the party split in 1987 over whether to merge with the Liberals Woolfson sided with Dr (now Lord) Owen, becoming, with David (now Lord) Sainsbury, a trustee of the continuing SDP. After it was wound up in 1990 he took no further part in politics.
Eric Woolfson was born into a Jewish family in Glasgow on March 18 1945. Inspired by a musical uncle, he taught himself the piano and after a short, unsuccessful spell in chartered accountancy, drifted to London.
Eventually finding work as a session pianist with musicians including Jimmy Page and John Paul Jones (who went on to form Led Zeppelin), Woolfson engineered a meeting with the Rolling Stones' manager Andrew Loog Oldham. Having been kept waiting for four hours, Woolfson played one of his own songs to Oldham who stood up, screamed "You're a f****** genius" and signed him to a publishing deal on the spot. Artists such as Marianne Faithfull and Frank Ifield recorded his work, and one of his songs, Baby Make It Soon, became the B-side of Chris Farlowe's chart-topping single Out of Time (1966).
Woolfson briefly joined Herman's Hermits as guest pianist and worked as an independent record producer with Dave Berry, the Equals, and the Tremeloes, before turning to artist management. His first two clients were the singer Carl Douglas, who had found chart success with Kung Fu Fighting, and Alan Parsons, whom he had met during a session at EMI's Abbey Road studios.
With Parsons, Woolfson formed The Alan Parsons Project, and resurrected an earlier idea to make an album inspired by the work of Edgar Allan Poe, of whom he was a lifelong admirer. The band's first album, Tales of Mystery and Imagination: Edgar Allan Poe, was released in 1976.
Despite its lumbering title, it was to prove the couple's masterwork. It took a year to produce, drew on the musical talents of a cast of hundreds, and was followed by nine more albums.
Four years after Freudiana premiered in Vienna in 1990, Woolfson released Gaudi, about the Spanish architect. For his third musical, Gambler, Woolfson drew on his experiences of living in Monte Carlo in the late 1970s. It did particularly well in Korea, where it won several Tony awards.
His 2007 musical Dancing Shadows, inspired by a Korean play, was also premiered in Asia, and his last production Poe was staged in Berlin earlier this year. Some of the classic APP albums, digitally remastered and expanded, have recently been re-released.
Eric Woolfson, who died on December 1, is survived by his wife and their two daughters.

Posted by GlobalProgressive Rock Network at 12:51 AM No comments: