Fish Tours US For The First Time In 10 Years

Scottish singer/songwriter Fish, known for his work with 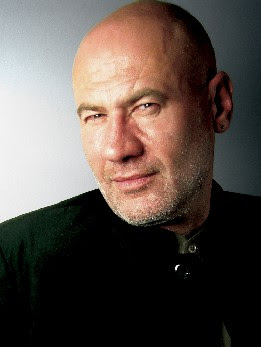 Marillion, has just announced a string of U.S. dates in support of his new solo CD 13th Star. It is the artist’s first U.S. tour in 10 years.


13th Star is being deemed as his best solo work ever by the press.
“...a meditation on loss, the emotional resonance of songs such as ‘Arc Of The Curve' making this his strongest work since his late '80s Marillion swansong Clutching At Straws.”writes Paul Elliott in the April 2008 issue of Q magazine.

Fish came to public’s attention in the 80s as the lead singer of Marillion, recording four successful CDs with the band. In 1988, he left Marillion and began his solo career, which has resulted in nine studio albums and many other live recordings.

“Being 50 years old and being told your new album is the best you've ever made is tremendous. It destroys the philosophy that your best work as a rock musician has to be when you're 19 and naive," Fish recently told What’s On Southwest. "This is my 13th record and my 26th year in the business, and that's something a lot of other people can only fantasize about, so I know I am lucky.” Fish will be a guest on the Gagliarchives Radio program on May 31st.

According to The Pulse of Radio, RUSH bassist/singer Geddy Lee 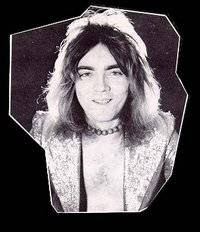 and guitarist Alex Lifeson issued astatement over the weekend about the death of original drummer John Rutsey, who passed away last week in Toronto from diabetes at the age of 55. Lifeson and Lee wrote,

"Our memories of the early years of RUSH when John was in the band are very fond to us. Those years spent in our teens dreaming of one day doing what we continue to do decades later are special. Although our paths diverged many years ago, we smile today, thinking back on those exciting times and remembering John's wonderful sense of humor and impeccable timing. He will be deeply missed by all he touched."

Rutsey's family has requested that donations be made in Rutsey's memory to the Juvenile Diabetes Research Foundation, located in Ontario. Fans around the world have posted condolences online over Rutsey's death, with one writing, "Although you may not have known it, you were loved and respected by all RUSH fans." Rutsey and Lifeson formed RUSH in 1968, with Lee joining a short time later. Rutsey played on the band's self-titled 1974 debut album, but left the group due to health concerns. His replacement, Neil Peart, joined the group on its second effort, "Fly By Night".
Posted by GlobalProgressive Rock Network at 11:43 PM No comments:

It is with great excitement that Chad Hutchinson and Robert 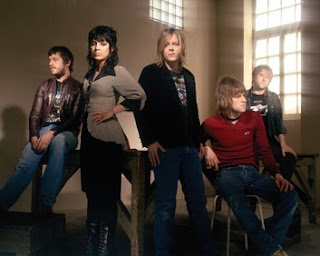 Mixed by Adam Whitaker
Recorded and Mastered by Brett Kull
Posted by GlobalProgressive Rock Network at 5:31 AM No comments:

Bass prodigy Hadrien Feraud, who's new solo album and recent stint with John McLaughlin has been the buzz in the fusion world, has broken a finger on his right hand and will not be able to 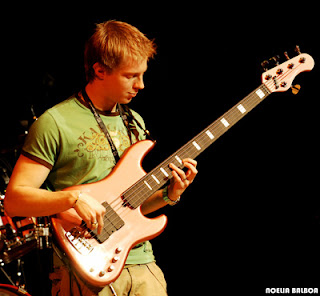 perform for the beginning of the Fourth Dimension tour with John McLaughlin. Feraud is to be replaced by Dominique DiPiazza for the European tour. There are still hopes that he will be able to perform by the end of May.
Feraud's bass style has been compared to the late great Jaco Pastorius. His recent self titled solo album is stunning in its diversity from beginning to end. Fusion lovers began their new affair with Hadrien in 2006 when he was featured on John Mclaughlin's Industrial Zen. McLaughlin spoke with Tom Gagliardi in November of 2006 and said "You have to hear this cat...he's amazing, he's a kid. So Talented.." Hadrien has recently recorded for an upcoming album with guitarist Bireli Lagrene. The album is due out in October, and features Hadrien's band Ruemers.
He will also be joining the Gagliarchives radio program to talk about his upcoming work as well.
We hope for a speedy recovery for Hadrien. He is the next one.

Posted by GlobalProgressive Rock Network at 12:50 AM No comments:

A band that has been a big favorite in recent years to the fusion community and the Gagliarchives, has been the Forgas Band Phenomena. This is rare concert footgage performed at the Forterre Festival on 5/17/08 in Courson Les Carrieres, in Bourgogne, France. The recent album Soleil 12 was released on Cuneiform Records. Special thanks to Steve Feigenbaum.

and this...
Forgas Band Phenomena "Soleil 12"
Uploaded by forgasbp
Posted by GlobalProgressive Rock Network at 10:28 PM No comments:

The long-awaited Spock's Beard live DVD and 2 CD set are set be released. They are to be released in Germany, Austria & Switzerland on 6/13/08, the remainder of Europe on 6/16/08 and North America on 6/24/08.
Recorded live in Holland in 2007, it Includes: On A Perfect Day, Mouth of Madness, Crack the Big Sky, The Slow Crash Landing Man, Return to Whatever, Surfing Down the Avalanche, Thoughts (Part 2), Drum solo, Skeletons At The Feast, Walking On The Wind, Hereafter (Ryo solo), As Far As The Mind Can See (Dreaming In The Age Of Answers, Here's A Man,They Know We Know, Stream Of Unconsciousness) Rearranged and The Water / Go The Way You Go medley. Fans will be excited to see that the DVD and CD set contain the same songs.
To see a video trailer of the DVD, go to YouTube

Visit Spock's Beard website at http://spocksbeard.com
Posted by GlobalProgressive Rock Network at 1:29 AM No comments: